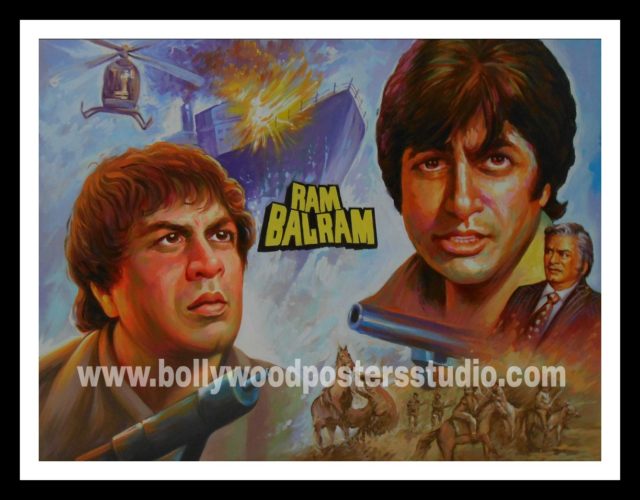 Ram Balram is directed in the year 1980by Mr. Vijay Aanand. It starred Dharmendra as Ram and Amitabh Bachchan as Balram.The other actors are Zeenat Aman ,Rekha,Ajit,Amjad Khan and Prem Chopra.This movie had an awesome initial opening and considered as a hit.Ram and Balram are cousins brother but they love each other like real brothers